account_circle My ESOMAR arrow_back
Join Us
arrow_forward Our Network

Helping professionals conduct opinion polls and surveys ethically and professionally and boost trust and confidence among members of the public.

Download the ESOMAR/WAPOR Guideline on Opinion Polls in Published Surveys in your language.

Opinion polls and published surveys can tell you about the mood of people. From voting intentions to current events, they are widely used to inform and support you to make decisions about your future.

Developed in partnership with the World Association for Public Opinion Research (WAPOR), the guideline sets the global standard.

It helps those running such projects conduct trustworthy polls, address technical aspects, and advise on publishing them in the best way possible. The guideline also underlines the rights of participants.

They are summarised in 11 key requirements that apply worldwide.

Grab your copy below, and don't hesitate to flag if you are concerned a published survey does not meet these requirements.

Our summary of the key requirements of the guideline can help you meet all the rules at a glance:

We're talking about it...

Learn how the world of polls is staying ahead of expectations and maintaining trust. 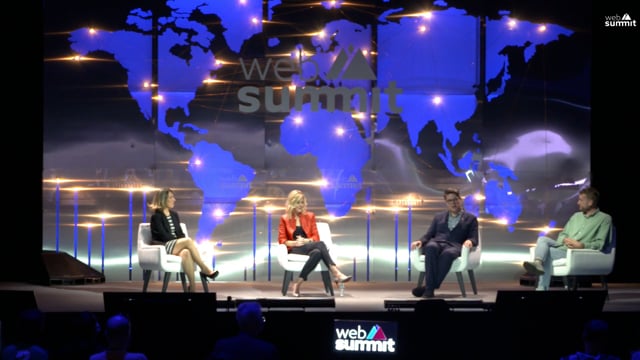 Hosted at WebSummit, leading pollsters speak about polling in the real world. 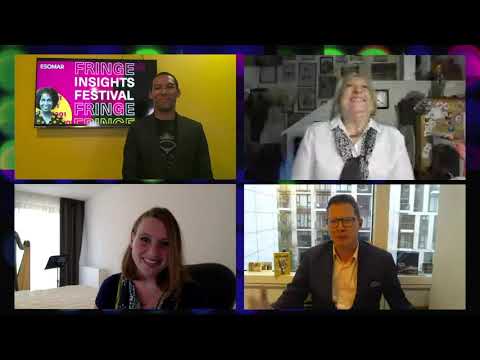 Hosted at the Insights Festival 2020, this session explored the state of polling in the United States.

The ESOMAR/WAPOR joint guideline was written by an international project team featuring some of the world's leading experts. Using the guideline ensures your compliance with globally accepted norms for carrying out such projects and securing public trust and confidence.

She speaks and writes internationally about public opinion research, journalism and elections as an invited speaker in places as diverse as Italy, Jordan, Hong Kong, Manila, Mexico, Lisbon, Chile and India. In 2009 she retired after more than 30 years at CBS News.

She retired from full-time work at CBS News in 2009, and since then has consulted for CBS News, Harvard University, the Pew Research Center, Open Society Foundations and YouGov. She sits on the ESOMAR Professional Standards Committee and is an active member of both the World Association for Public Opinion Research and the American Association for Public Opinion Research.

He is a member of Mexico’s National System of Researchers, and serves as Principal Investigator in Mexico for the World Values Survey (WVS), the Comparative National Elections Project (CNEP), and as managing director for the Latinobarometer poll.

His main academic and professional research interests include the study of public opinion, voting behaviour, political values and democratic attitudes, topics of comparative politics, and survey research methodologies. He obtained his Ph.D. in Political Science from the University of Michigan, in Ann Arbor, in 1997

Christophe splits his time between Shanghai and Paris, his focus is on helping organizations/companies gather understanding about citizens/consumers’ lifestyles, perceptions, expectations, behaviours and turn it into action. He also has expertise in the fields of FMCGs, Technology, Media, Services and specific interest in dynamics of change including but not limited to Digital, Sustainability and Globalisation.

Doug Rivers is one of the world’s leading experts on survey research and a successful Silicon Valley entrepreneur.  He has taught at Harvard University, Caltech, UCLA, and, most recently, Stanford University, where he is Professor of Political Science and Senior Fellow at the Hoover Institution.

Doug has founded two successful technology companies, Preview Systems and Knowledge Networks.  Preview Systems pioneered the field of digital rights management, conducted a successful IPO in 1999 and was sold in 2001. As CEO of the company he was named Executive of the Year (2000) by Research Business Report and received the Innovator's Award by the American Association of Public Opinion Research (2001).

Polish sociologist, academic teacher, and since 2008 director of the Social Opinion Research Centre. She graduated from the Institute of Sociology at the University of Warsaw. From 1982 to 1989, she was on the editorial board of "Krytyka", and also cooperated with the opposition weekly "Tygodnik Mazowsze." She was arrested for her opposition activities from 12 June to 21 September 1985.

Professionally connected with the University of Warsaw (as a professor), she was also a professor at the School of Social Psychology and worked at the Institute of Political Studies of the Polish Academy of Sciences. She specialises in political sociology and the sociology of religion. She is a member of the Council of the Institute of Sociology at the University of Warsaw.

In 2011, Polish President Bronisław Komorowski awarded her with the Officer's Cross of the Order of Polonia Restituta for her book The post-communist division. She is also the recipient of the Father Józef Tischner Award.

Managing Director at Moonlight Research and Secretary at the British Polling Council, Nick has experience running major, high-quality and high-profile surveys for over 35 years, while at the same time taking a great interest in survey methodology and theory.

Richard Hilmer is Managing Director of Infratest Dimap in Germany. He directs one of the leading German provider of tools for strategic communication for governments, political parties, and other political institutions. As Head of Infratest dimap, he is is particularly involved in electoral reporting for the ARD, Germany's leading public TV provider. Richard is a leading member within the World Association for Public Opinion Research (WAPOR). He has published extensively in the field of political and election research.

Currently Chief Executive Officer for the UK-based Archive of Market A research consultant and Managing Director of Real Research, Adam has over 40 years of experience in the industry and has been involved in media measurement, public opinion research, brand development as well as product and pricing research.

He began his career at Unilever and went on to hold senior positions at AGB Nielsen UK, Euroquest, BMRB, Mass-Observation, Research International and Winona Research in the US.

Kathy Joe served for many years as Director of International Standards and Public Affairs at ESOMAR before retiring in 2016. She currently still works periodically for ESOMAR as its Editorial Consultant for Research World.

Prior to working for ESOMAR, Kathy worked at The Economist and Euromoney and gained a BSc Hons in Politics and Sociology from the University of Southampton in the UK.

With a passion for research and insights and long experience in working with global teams to formulate editorial content, privacy policies and professional standards, she has worked with research professionals from around the world on far-ranging topics including innovation and best practice in consumer insights, knowledge and strategy.

As ESOMAR Director of International Standards, Kathy led the development and promotion of global research codes and privacy guidelines.

She volunteers for projects with NGOs such as Amnesty International and is a Board Member and Secretary of Dance Connects.

Succeed in making your opinion polls and published surveys trustworthy. Grab your copy and build a project with a solid base:

That's why we only use cookies that are necessary to provide you a smooth navigation experience on the website. Learn more about the cookies we use.